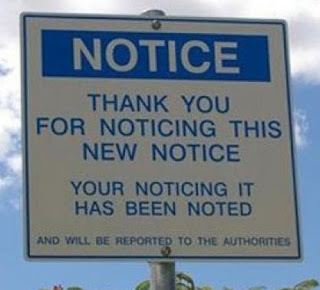 Most of my recent blog posts have been put on our EarthPM site.

We also now blog for Projects at Work.

Visit those two links above and you can keep up with me more regularly.

Just to see if you're all paying attention, I may still blog here on general PM topics from time to time...
Posted by Rich at 2:49 PM 31 comments: 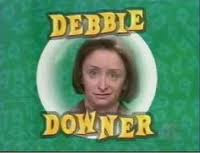 I was listening to an interview with the author on this story about the middle east.

The article is interesting, but what caught my attention in particular was a phrase he used and its applicability to risk identification:

"the way to avert tragedy is to think tragically".

It's important to be a "Debbie Downer" when you're identifying risk. It's a certain skill to be able to be really negative and identify all things that can go most horribly wrong and then turn around and be optimistic about the project.

But develop that skill, and you'll serve your project better.

On another note: please click on the adverts on the page and help me support this blog? 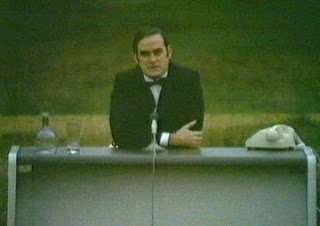 "And now for something completely different..."

This was the way the chaps over at Monty Python's Flying Circus used to segue from sketch to sketch when they had no idea how to do it smoothly.

And this is a blog post which I cannot segue to, or otherwise connect properly to project management other than my work over at EarthPM, and yet somehow I felt that this post belonged here at ScopeCrepe.

So anyway...now for something completely different - A history of the world in 100 objects.

I simply want to recommend this excellent BBC series, available for free by podcast. This site uses objects to tell a history of the world. You’ll find 100 objects from the British Museum and hundreds more from museums and people across the UK (and the world).

The connection to project management?

Well, there isn't one, unless you think of the evolution of humans as a project... which is indeed something completely different.

Be a project LEADer 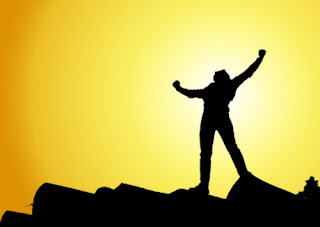 If you're a PMI member (and who isn't...) you should consider taking advantage of the community.

What community? Well, there are a bunch, but at this point I want you to follow LEAD.

LEAD is the acronym for the Learning And Education Development community, and you can find that here: http://lead.vc.pmi.org .

Besides some interesting discussions and blogs, you will also find some very good webinars. The next one, "Project Manager's Guide to Dealing w/the Difficult Sponsor" comes up quickly, 30-July.

Check it out here:

We just ain't that good at risk

One of the things that has always fascinated me as I've studied project management is the aspect of risk.

Risk is the engine of projects. Think about it. Without risk, projects would be planned, everything would go as planned (no threats...no opportunities) and we, as project managers, would be responsible only for checking boxes on a checklist.

But of course (witness exploding and leaking oil wells!) threats do occur. Projects do go off course. We do need to deal with uncertainty.

In fact, it's probably the only thing that IS certain about a project - the uncertainty, that is. And that keeps us, well... employed.

All of this said, it's also interesting to note that humans are not built well to deal with risk. In fact, there are huge monuments to this disability located all over the world. They're called casinos. Logic would tell us that if the organizations that build these things are rich enough to make them look like they do - with extravagant waterfalls, marble foyers and gold statues - they are most likely winning while we are losing. Yet we go back again and again.

I'd like to share with you a snippet from a great book I'm reading called "The Paradox of Choice" by Barry Schwartz.

Imagine that you have decided to see a concert where admission is $20 a ticket. As you enter the concert hall, you discover that you have lost a $20 bill. Would you still pay $20 for a ticket to the concert?

Now scroll down for what people say in general - and another scenario.

Now try this one:

Imagine that you have decided to see a concert and already purchased a $20 ticket. As you enter the concert hall, you discover that you have lost the ticket. The seat was not marked and the ticket cannot be recovered. Would you pay $20 for another ticket?

Answer honestly again. Then scroll down.

In this situation, less than 50 percent of respondents say yes.

So what's the lesson here?

Acknowledge that we're not good at managing risk with (only) our gut.

Acknowledge that the tools and techniques given to us by our PM books and mentors are worthwhile. Don't try to manage projects ONLY with your gut. Your gut is fine, but not all by itself. Look what it's done for the casino business!
Posted by Rich at 6:48 AM 17 comments: 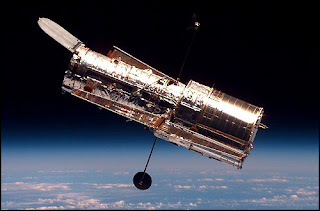 One of my favorite podcasters and all-around good guys is Wayne Turmel.

Besides running a business which reduces a whole lot of unneeded carbon footprint (http://greatwebmeetings.com) he hosts a great podcast called "The Cranky Middle Manager".

On a recent episode (number 240, I think!) he interviewed Charlie Pellerin, formerly of NASA.

I won't give away too much of the podcast, and urge you to listen to it (link here).

The reason I'm posting is to also point you to the resources available on Charlie Pellerin's company's site.

You'll find Powerpoint presentations to download which vibrantly illustrate the concepts of social context and how that can have just as much - if not more - impact on your project as the technical aspects. Have a look.
Posted by Rich at 6:37 PM 7 comments:

An upcoming seminar on Project Risk - Mark Your Calendars 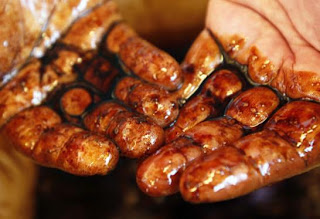 The Gulf oil spill crisis is in day 58. Debate continues on the amount of oil leaking from the Deepwater Horizon well, but it's clear that this disaster easily beats the Exxon Valdez.

And BP has now pledge to pay $20B (yes Billion) to a fund that will support the Gulf. See this link.


What type of project risk identification, analysis, planning, and response did the responsible (and I use that word lightly) parties have?

We'll be discussing this and much more in an inexpensive 2-day seminar run by yours truly for EPM Solutions.

The seminar, entitled "A Question of Balance", runs two nights, and is given via Webinar. The schedule calls for it to run on 27 and 29 July (Tuesday and Thursday nights, 6PM to 8:30PM Eastern US time.

The webinar will allow you to:


Support this site, view these content-related videos, please! Thanks.
Watch the latest videos on YouTube.com

Crêpe around this blog

Listen to an interview with your humble blogger on PM War Stories...
Part 1 is here. Part 2 is here.

I also show up on The PMO Podcast, as I'm interviewed by Mark Perry in a riveting discussion about PM collaboration and The Fiddler on the Project.
Just point your browser right here.

Help write a project management book. Click Here.
This site is for musings and contributions on the "Accidental Profession", project management. One of the key concepts of this field is "scope creep". As part of my business I have been traveling to France, so I just went ahead and differentiated by calling it scope crêpe . Hope you find it to be tasty!

Click here to contribute to The Fiddler On the Project Collaborative Writing Experiment
Add Your Blog.com